Emily Schindler
How To Make An El Presidente
A strong, smooth Daiquiri alternative.

Some people say the El Presidente is pretty much a Manhattan with rum instead of whiskey, but, if anything, this drink is probably closer to a rum Martini. Much like a Martini, The El Presidente is made up almost entirely of booze, it’s incredibly smooth, and it calls for dry vermouth. This cocktail was invented in Cuba in the early 20th century, and it remains one of the best and easiest things you can make with a bottle of rum. The next time you feel like having a Martini, try one of these instead. 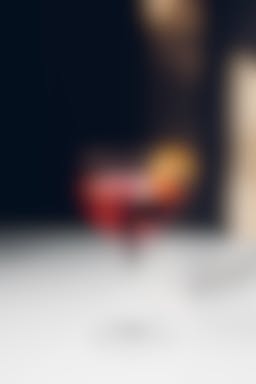 Remember when we said this was similar to a Martini? Well, just like a Martini, this cocktail starts with dry vermouth. Add .5 ounce to your mixing glass.

Are we really using two vermouths for this cocktail? Yes, we are. Bianco vermouth (also called “blanc vermouth”) is bright and sweet, and it’ll help tame the slightly astringent quality of dry vermouth. Put .5 ounce in your mixing glass.

If you aren’t sure what curaçao is, there’s no need to fall down a Wikipedia rabbit hole. It’s a common type of orange liqueur - you can grab yourself a bottle of Cointreau or Pierre Ferrand. Pour .25 ounce into your mixing glass.

The grenadine in this cocktail is mostly decorative. But that doesn’t mean you can just leave it out. If you did that, your El Presidente wouldn’t be pink, and that would feel wrong. Add a dash or .5 teaspoon to your mixing glass.

Finally, you’re ready to add rum. A lot of different rums work for this, but we tend to prefer a bright, clean white rum like Flor de Caña 4 Year. If you want a deeper, warmer flavor with some added vanilla notes, however, a gold rum works as well. Whatever you choose, add 1.75 ounces to your mixing glass.

Add 5 or 6 ice cubes to your mixing glass, and stir for 20 seconds until your cocktail is silky and ice cold. Once you’re finished, strain your cocktail into a coupe or Martini glass, then cut a fresh orange twist, squeeze it over the drink, then toss it in as if you’ve grown bored with it. Next, enjoy your classic rum cocktail.