How To Make A Bensonhurst
The Bensonhurst is yet another cocktail named for an NYC neighborhood, and it’s a strong drink with a hint of maraschino.

Bartenders love to name drinks after New York City neighborhoods. The tradition extends all the way back to the Manhattan and the Bronx (which are boroughs and not neighborhoods, but close enough) and continues to this day with cocktails like The Red Hook, Greenpoint, and Cobble Hill. These drinks tend to be twists on the Manhattan (i.e., strong whiskey cocktails), and the Bensonhurst is no exception. Invented in 2006 by bartender Chad Solomon, this cocktail tastes like a brighter version of a Manhattan that decided to branch out and have more of a personality. Plus, it’s a great way to use Cynar in a drink. 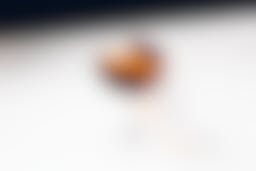 Listen, we always want what’s best for you, and right now the best thing you could do for yourself is put your coupe, martini, or Nick & Nora glass in your freezer. That way, it’ll be nice and frosty by the time you’re done making your drink.

We’ll start things off with Cynar, which is an artichoke-based amaro. It doesn’t really taste like artichoke, but it does taste kind of like a concentrated herbal iced tea, and it’s going to help bring some body and bitterness to the drink. Pour .25 ounce into your mixing glass.

Maraschino is a cherry-flavored liqueur, and you’ll typically find at least one type (like Luxardo) at your local liqueur store. It’s bright, tangy, and intensely sweet, so it’s pretty much always used sparingly, as is the case here. Add one teaspoon to your mixing glass.

Technically, this drink is a variation on the Manhattan - but instead of sweet vermouth, we’re going to use the dry variety. This will result in a cocktail that’s significantly lighter than your average Manhattan, and it’ll help drain several of these drinks back to back. Put 1 ounce dry vermouth in your mixing glass.

Can you use bourbon for this drink? Of course. We just prefer rye because it tends to have a richer taste and dryer flavor profile than bourbon. But use whichever you prefer. Add 2 ounces rye or bourbon whiskey to your mixing glass.

In case you forgot, there’s a general rule (Rule No. 3, to be exact) that says you should never shake a cocktail unless it has juice in it. There are exceptions to this rule - but the Bensonhurst isn’t one of them. So add five or six ice cubes to your mixing glass, and stir for around 20 seconds. After, strain your cocktail into the glass that was chilling in your freezer, and thank yourself for being a thoughtful, diligent bartender who knows how to pre-chill a glass. Garnish with an orange twist.