How To Make A Piña Colada
We set out to make this classic cocktail with ingredients you should be able to find in your grocery store. It basically qualifies as a smoothie.

Since the dawn of time (or blenders), Piña Coladas have been made with cream of coconut. This is a very specific ingredient - not to be confused with coconut cream, or coconut milk - and the king of all cream of coconuts is a brand called Coco Lopez. It tastes good - better than pretty much any other cream of coconut out there. But it’s often hard to track down, and putting a bunch of cream of coconut in your drink means you don’t have much control over things like sugar and salt (cream of coconut has a lot of both, plus additional fun ingredients like Sorbitan Monostearate). So, while it may be a little controversial, we set out to make this classic cocktail with stuff you should be able to find in your grocery store. As an added perk, it basically qualifies as a smoothie.

Our piña colada guide includes one key step you should know about now: you’re going to need to freeze your ingredients ahead of time. So read this guide, and in about three hours you’ll have a drink in your hand that will make you feel like you’re laying in the sun on the deck of a cruise ship called The Helen Mirren.

Here’s how to make a batch of four. 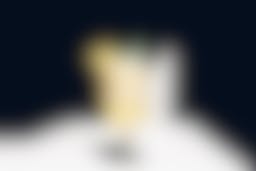 Let’s start with our most important ingredient: pineapple. If you’re the kind of person who looks at a pineapple in a grocery store and sees the word “opportunity” floating above it, instead of “how do I even cut that,” then you should absolutely buy one, take it home, remove the skin, and chop it up into cubes about an inch wide. Ideally, you’re doing this in advance before you actually make your Piña, and you put those cubes in a resealable bag and into your freezer (so that they later function as magic ice cubes that don’t dilute your drink). Pineapple will keep in your freezer for about a year, providing you with the opportunity for a Piña Colada at any time.

If you can’t find a pineapple, or don’t want to risk one staring at you from the kitchen counter for an indeterminable amount of time, a pre-frozen bag of pineapple from your grocery store’s freezer aisle will work fine - it just won’t taste quite as pineapple-y as it would if you used fresh fruit.

Make the pineapple choice that’s right for you, then take 2 cups of chunks and add them to a resealable plastic bag or other container.

Before you open your can of coconut milk, give it a good shake. Then open it up, grab a spoon, and gently stir the contents of the can so that the creamy part at the top is fully mixed in with the more liquid-y section below. Now pour 10 ounces of that coconut milk into the container with your pineapple.

Cream of coconut is intensely sweet, and has a fair amount of sodium. We’re going to make up for those things (to a much lesser extent) with a little simple syrup and salt. To make your simple syrup, take equal parts warm water and sugar, and stir until everything is dissolved. Next, add 3 ounces simple syrup to the container with your pineapple and coconut milk.

The combination of coconut milk and pineapple juice is pretty rich, so we want to lighten things up a bit. Squeeze 1.5 ounces of lime juice (from about 2 limes), and add it to the container with the rest of your ingredients.

Salt makes most things taste better - and that includes both fruit and alcohol. Add ⅛ teaspoon to the container with the rest of your ingredients, which will help bring out more of the pineapple flavor in your drink.

A classic Piña Colada uses white rum, and that’s also what we prefer here. But if you only have amber or gold rum, you can use that here too - it’ll just make for a richer, boozier-tasting drink. Either stick your bottle of rum in the freezer, or measure out 8 ounces and add it to your container with pineapple, coconut milk, simple syrup, lime juice, and salt (just know that if you go the latter route, your ingredients won’t fully freeze in the next step, and that’s perfectly fine).

Now put that container and bottle of rum into the freezer, and set a timer for 3 hours, which will freeze your ingredients and get the rum as cold as possible. Why do we insist that you pre-freeze? Because you’ll have to use much less ice in the blending step, giving you a purer, less diluted drink with the perfect creamy consistency you could otherwise only get from a professional-grade slushy machine. If you’re the kind of person who wants to overachieve at every level (you’re probably also the person who bought a whole pineapple, and also runs marathons), stick your blender in the freezer, too, along with your glasses so those get nice and frosty.

Congratulations, you’ve made it three hours without dying of anticipation for what will surely be the best Piña Colada you’ve ever made. It’s time to put your container of ingredients, plus 8 ounces of rum if it’s not already in there, into your blender. Hit the magic button, then watch as everything turns into a frozen cocktail that’s the color of yellow usually reserved for the finest of butters. Pour your Piña into chilled glasses, and garnish with either a slice of pineapple, a cherry, or if you’re that overachiever, both of those plus an umbrella.