Ask Bryan Anything About: Mixology Tips
Our in-house bartender (and Senior Staff Writer) gives some mixology tips and tricks for better at-home cocktails.

On the surface, making a drink doesn’t seem all that complicated. But there are so many details you typically don’t realize until you stand behind a bar for several thousand hours. Fortunately, Senior Staff Writer Bryan Kim has done that - and he’s here to answer all your cocktail-related questions.

What’s your take on using soda in cocktails?

“In my bartending days, I used to bring things into work to experiment with all the time. This included stuff like cream soda, orange soda, and root beer. And I made some good drinks with all of the above. So, by all means, mess around with some soda. Just make sure it isn’t flat.”

What’s the trick for getting a nice fluffy egg white on top of a Pisco Sour?

“Just to get everyone on the same page: a Pisco Sour is a cocktail that’s typically made with an egg white. If the thought of a raw egg white in a cocktail just activated your gag reflex, trust me when I tell you that it’ll make any shaken cocktail (like a whiskey or pisco sour) creamy and delicious.

Now, let’s talk about how to use an egg white in a cocktail. First off, it isn’t just “on top” of a Pisco Sour (or any other drink). You actually take a whole egg white (from a pasteurized egg or a carton of pasteurized egg whites, if you live in constant semi-rational fear of salmonella), and shake it with the rest of your ingredients. The trick, however, is to shake twice. First, you’re going to put your egg white and the rest of your ingredients in your shaker, then give everything a hard shake without any ice for about 10 seconds. This is called a “dry shake,” and it helps get everything fluffy and integrated. Next, add ice, shake your drink like you normally would (about 15 seconds), then strain your Pisco Sour into a coupe. Garnish with a few dashes of Angostura bitters, and you’ll have a beautiful cocktail with the kind of fluffy top you’ve always wanted.” 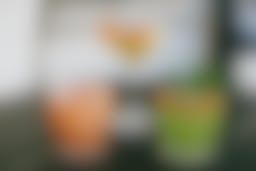 Can you give me some easy cocktail ideas using St Germain?

“For those who aren’t familiar, St. Germain is an elderflower liqueur. It’s pretty sweet, not particularly strong (20% ABV), and has a lightly floral flavor that somehow works in just about everything.

If you see simple syrup in a cocktail, feel free to replace it with St. Germain. Use it in a Gimlet, for example, or a Daiquiri. Just know that this’ll result in a slightly stronger drink, so consider dialing back the main spirit (in the case of a Gimlet, gin) by .25 ounce. And if you see something like Cointreau, triple sec, or Grand Marnier in a drink, you can also sub that out for St. Germain. Or just put an ounce of St. Germain and a half ounce of lemon juice over ice in a wine glass, then top that off with prosecco and a dash of club soda - and you have a St. Germain Spritz.”

Is it ever acceptable to drink a vodka Diet Coke?

“Of course. Drink what you like. I, personally, sometimes mix Red Bull and tequila even though it’s disgusting. The heart wants what it wants. Anyway, squeeze a lime wedge into your vodka Diet Coke. And consider using Diet Vanilla Coke. (This isn’t an ad for Coke, but it maybe should be.)”

Are there any tips you can give someone who’s trying their hand at “inventing” a cocktail? What kinds of things should never be mixed?

“If you want to try your hand at inventing a cocktail, start with a drink you like (or one you think needs a little improvement), then tweak one, two, or all of the ingredients. A Boulevardier, for example, is just a Negroni with bourbon instead of gin - and someone invented that.

Is there stuff that should never be mixed? Not really. A lot of stuff will definitely be gross in the wrong combinations, but that’s just part of experimenting. And who knows, maybe in 100 years, tastes will change, and you’ll be heralded as the wise and just inventor of the olive juice punch.” 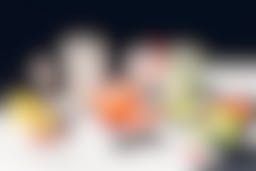 What’s the one bottle of alcohol most people don’t keep in their house that’ll boost your cocktail game the most?

“It’s kind of weird and confusing for me to say this, because I don’t really like to drink it on its own, but the answer to this question is Campari. You don’t have to drink it on the rocks like Steve Zissou, but it’ll come in handy for a lot of different cocktails.”

Is smoking a cocktail worth it? Is there a benefit to smoking a glass versus buying a “smoky” alcohol?

“If you smoke a cocktail, it’s actually going to taste like smoke. And if that’s what you’re going for, great. As for “smoky” alcohol (like scotch or mezcal), that’s a different sort of flavor. It’s kind of like if smoke became a ghost and haunted the alcohol, in a subtle, classy sort of way.”

What are good types of drinks to make if I’m not necessarily buying the most top-shelf liquor?

“If you aren’t using the absolute best stuff, don’t sweat it. The bottles I buy the most often are typically less than $30 anyway. Honestly, any cocktail is going to help you mask some imperfections in whatever alcohol you’re using, but if you’re having some serious doubts as to the quality of the booze you purchased, make a shaken drink with some kind of juice. A daiquiri, for example.”

Got a cocktail-related question for Bryan? Submit it here. 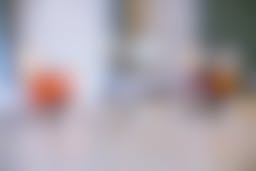 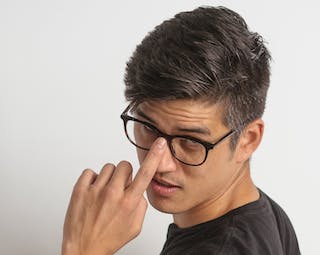 Ask Bryan Anything About Cocktails