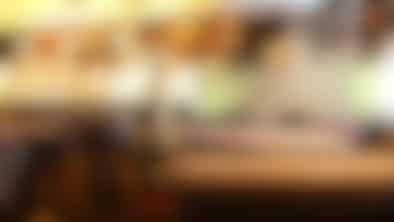 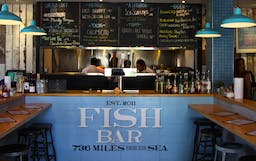 Hot dogs. Deep dish pizza. Depressing baseball teams. Political figures ending up in jail for selling seats in the U.S. Senate that belong to the President Elect. These are a few of the things that Chicago is generally known for. Lobster rolls, clam shacks, and po’boys do not fall anywhere on that list. In fact, we could probably name 43,897,345 things that would come to mind first in a game of word association. But Chicago doesn’t have to be internationally known in the lobster department to have restaurants that offer the goods, and Fish Bar is the type of casual seafood joint that successfully combines the best of a few different worlds.

Here’s why we like Fish Bar. It’s a casual yet well run counter restaurant with solid food and a great little patio on the corner of Sheffield and Wellington. Post up at the bar, or better yet a picnic table outside, and dabble in some oysters, a lobster roll, or satchmo po’ boy in a relaxing manner. The nautical themed space is the result of combining some of the traditional concepts of a New England clam shack with New Orleans favorites like po'boys. We aren’t trying to play the comparison game with the best that New Orleans or Maine has to offer, but Fish Bar is good for a mini escape to both those places when you yearn for the hospital across the streetopen sea.

This isn’t the kind of place you’re going to stuff yourself on the cheap, but they do have a pretty good Lobster roll and a beer deal for a little over $20. Lobster rolls don't come cheap anywhere though, and as far as the value for quality and price in a laid back setting, Fish Bar stacks up with everybody else in town.

We usually like to roll up to Fish Bar when specifically in the mood for this kind of stuff, and summer days that aren’t quite hot enough for the beach or pool are pretty ideal. Any weekday evening is nice too when you’re looking for a good hang session and a bite, which is when the patio can really come in handy. This isn’t a twenty people deep hang session though, because at best you can snag a whole picnic bench for about six people. And if you sit inside, it’s either at the counter or one of the few small booths.

So head to Fish Bar to enjoy some casual seafood, even if they are up front about the fact that you're 736 miles from the sea. 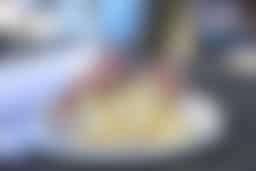 Prepared in the traditional Maine lobster roll style. Good chunks, and it’s not diced up into a “lobster salad,” which we like. Not huge, but a little bit of mayo and a very respectable bun makes this lobster roll work. The chips and spicy coleslaw it comes with are a nice touch.

Not overly creamy, but also enough consistency to make it good. Clams are plenty, and we like this soup a lot.

Think of a smoked whitefish dip. Spread on provided pieces of bread or saltine crackers. Ideal for sharing as an appetizer prior to a lobster roll or po’boy.

A little bit of fried stuff good for picking at. Get a little of the lemon aioli involved. 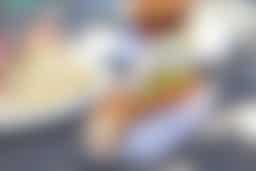 This po’boy comes with fried shrimp and crawfish plus a little roasted garlic aioli and bread and butter pickles. It’s not a po’boy in the traditional sense. Think of it like po’boy ingredients in the style of a lobster roll since it comes in the same New England style bun. This hybrid concoction is our favorite item on the menu.

Baby spanish octopus in a spicy red pepper sauce. The smaller 3 oz version is great for grazing, and makes for a good small bite to share.

Often a good idea to consider ordering, so ask what they are. Two to an order will not fill you up, but also good for sharing.

Where to find great oyster happy hour deals in Chicago. 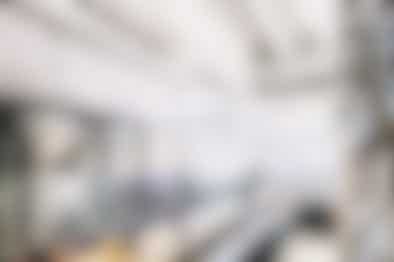 Dryhop is a brewery in Lakeview, with better than average beer and bar food. 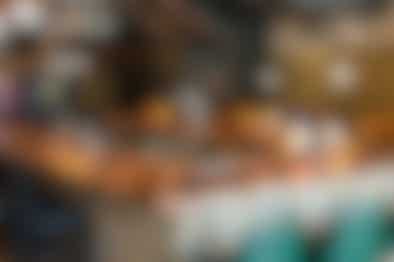 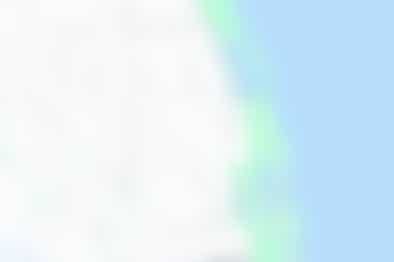 Bobtail is a charming old-school ice cream parlor in Lakeview. 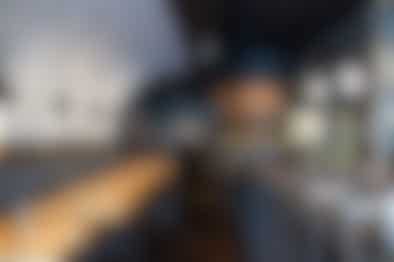 Frasca is a neighborhood staple that's great for families, serving pizza and pasta. 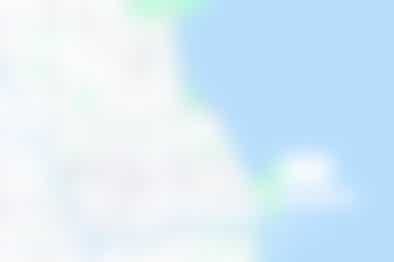 Drumbar is an upscale cocktail bar in the Raffaello Hotel.

Lula Cafe is a Logan Square staple that’s Perfect For a lot of occasions. It’s always a reliable place to eat.
Restaurant Finder