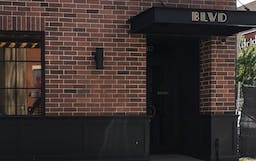 People don’t go to theme parks for the food. We go there for the rides, or because we’ve just won the Super Bowl. Food at these places is usually terrible and overpriced, but that’s to be expected. The same holds true for theme restaurants: if there’s an animatronic lemur lecturing you on the rainforest, the meal probably isn’t going to be very good. And unfortunately, BLVD is a West Loop theme restaurant that’s masquerading as an upscale dining destination.

The theme at BLVD is “Old Hollywood” circa 1950’s Sunset Strip. And they go hard on the glamour here. The space is over the top in an attempt to transport you to the era of Marilyn Monroe and Grace Kelly. A sweeping staircase dominates the restaurant, gigantic glass chandeliers loom overhead, and the space is full of huge circular booths.

The menu is designed to call back to that era as well, with a bunch of classic dishes that have been given a modern-day upgrade. Unfortunately, most of the upgrades are ill-conceived, and don’t even succeed in distracting from the fact that the food simply doesn’t taste very good. Take the chicken pot pie, which is basically flavorless chicken soup served in a small crockpot, modernized by having diners ladle it into a tasteless mini pie shells. They aren’t quite small enough to be one bite, and thanks to gravity, eating soup out of a tiny edible bowl doesn’t really work. The shrimp cocktail doesn’t benefit from BLVD’s upgrading either - shrimp is room temperature, and served on a terrible horseradish “panna cotta” with an overly sweet “tomato gastrique” that tastes like ketchup. Even basic dishes that have no discernable twist manage to fail: the cacio e’ pepe pasta is bland, and overcooked to the point where noodles disintegrate the moment they’re touched by the fork.

BLVD’s idea of 1950’s American cuisine is also pretty unfocused, with items swinging between caviar and shrimp cocktail, to chicken pot pie and griddled burgers. It might be charming to eat a fast-food style burger in a luxurious setting, but when the burger is as dry and gamy as this one, we just wish we’d gone to a drive-through.

BLVD’s theme is successful, but probably not in the way it’s intended. While the interior design is impressive, the food is not, and has more in common with a 1950’s T.V. dinner than anything from a glamorous Old-Hollywood restaurant. And it succeeds in channelling Sunset Boulevard, but only in a delusional and desperate Norma Desmond way. This restaurant has terrible, overpriced food, and should be avoided at all costs.

Shaved ham is served with flatbread crackers and a “tomato fondue,” which is a bland salsa. The crackers taste like nothing, and the ham is fine.

It’s pretty hard to mess up shrimp cocktail, but BLVD does. The shrimp taste like a dirty aquarium, the horseradish panna cotta is gelatinous, and the tomato gastrique is overly sweet.

The pasta here is allegedly made in-house, but it’s hard to tell because the noodles are so overcooked, and it tastes like an MRE.

In this dish, chicken soup is served in a crockpot, and ladled into mini pie shells. Both the soup and the pie shells are completely flavorless.

This dish is OK. A pile of warm quinoa, rice, dates, goat cheese and almonds. It’s a warm salad, so the large chunks of goat cheese clump up the whole thing making it difficult to eat.

Roasted brussels sprouts are served on a red pepper sauce, which is sweetened beyond anything good or holy in this world.

This is really terrible. The meat is overcooked and gamy, and unintentionally tastes like the worst version of McDonald’s.

Parlor Pizza, where you can day party outside likes it’s college again and eat some pizza in the process.

Bar Siena is great for a fun gathering in the West Loop. Go heavy on the pizza and pastas. And drinks. You’re going to want those too. 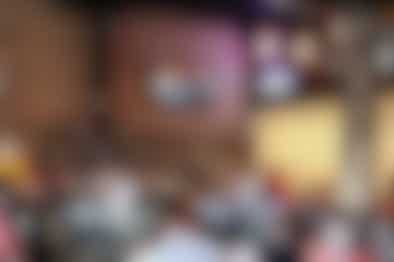 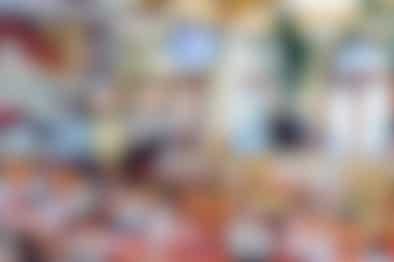 Tempo Cafe is the local Gold Coast diner open 24 hours a day. It's also exactly what we assume the coffee shop from Seinfeld is like.

Bernie’s Lunch & Supper doesn’t make a whole lot of sense on paper, but it comes together nicely. It’s great for a number of occasions. 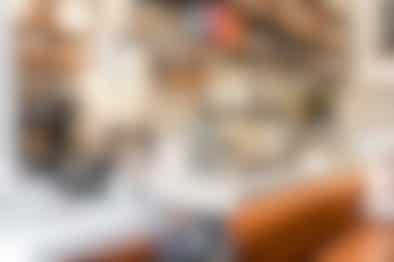 Dirty Root is a fast-casual spot in the West Loop that’s great for a kind-of-healthy lunch.

Chicago Cut is a great steakhouse right on the river ideal for special occasions and power business meals.
Restaurant Finder