A Guide To Chicago’s Darkest Restaurants

Some cities have year-round sunshine, but Chicago laughs in the face of darkness.

Over the years, it’s become increasingly clear to us that if there’s one thing Chicagoans can get behind - besides using lawn furniture to reserve parking spots - it’s a dark restaurant. Not dark like Return To Oz, or that one Nationwide commercial that made everyone really sad, but dark as in so lacking in brightness that you can barely read the menu, let alone see the other people at your table. It kind of makes sense - after all, this is a city where (in winter) you might not see the sun for 18 hours at a time, and evidently we’ve learned to embrace that. All the same, we think the following nine restaurants deserve special recognition for taking their darkness to new depths. Here are the nine darkest restaurants in Chicago. 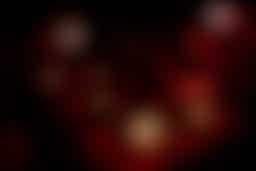 Geja’s is definitely Chicago’s darkest restaurant. After all, you know any restaurant where the servers need to carry around flashlights to help you with the menu is dark. And that’s what happens at this fondue spot that’s been around in Lincoln Park since 1965. Besides the flashlights and the little blue flames from the fondue pots, the main sources of light here are the glowing red bulbs scattered throughout the space. So if you’ve ever wanted to combine eating with developing photos in a 1970s darkroom, this is the place to do it. 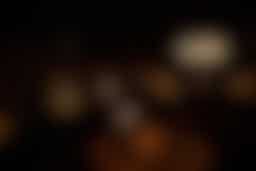 There are two types of dark experiences you can have at Bavette’s. The first (and the one we recommend for beginners) is upstairs, in the main dining room. This space is dimly-lit and feels like a speakeasy, with ambient light provided by tourists reading the menu with their cell phones. But if you’re more experienced and know how to make your way around without bumping into things, head downstairs to the Parlor. Stone walls and a complete lack of natural light make everything look a little like the last scene of the Blair Witch Project, minus the video camera light and scary stick figures. 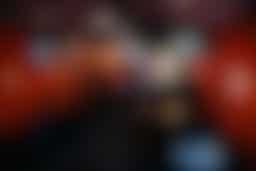 If you ever spent time hanging out in a smoky basement with black-light posters during high school, then Dancen in Lincoln Square will make you nostalgic. But here, the light-obscuring haze is generated by the excellent Korean food being grilled at the bar, rather than your friend who was just kicked off the swim team - and the black-light posters on the walls advertise cocktails and the fire chicken, both of which are way better than whatever you were eating and drinking back then. Picture the room in this photo, but about 25 percent darker and 100 percent smokier. 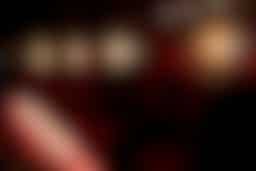 The fact that Good Measure in River North is very dark isn’t surprising. It’s supposed to feel like a dive bar, i.e. a place where you probably don’t want to see everything too clearly. But the very front of the space is less like a dive bar and more like a normal restaurant where you just can’t see your food. There are a few globe lights above the bar that seem to dim as the night goes on, so it becomes a race against time to keep an eye on what you’re eating before darkness falls. Like Escape The Room, but with very good Nashville hot duck livers and hummus. 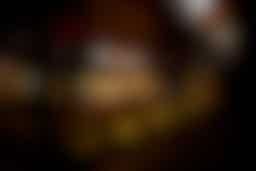 This is the Japanese bar located in the basement of Momotaro. And while it’s not the darkest spot on this list, it (somewhat counterintuitively) earns its place because of the points of light positioned throughout the bar. Various candles, lanterns, and hanging bulbs seem strategically placed to prevent full pupil dilation from ever occurring - therefore making the entire space feel much darker than it actually is. If you get disoriented, don’t panic - just put on some sunglasses. It sounds weird, but it works. 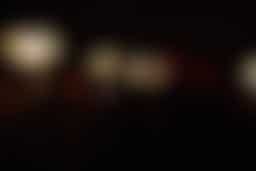 High Five Ramen, underneath Green Street Smoked Meats, is a basement restaurant, and it feels like one. There’s minimal decor and low lighting, and the windows are blacked out. But it’s also tiny and very crowded in here, so the darkness is probably appreciated by those who prefer some privacy. After all, ramen can be messy - but you can leave here looking like you just rode the log flume at Six Flags, and other people aren’t likely to notice. 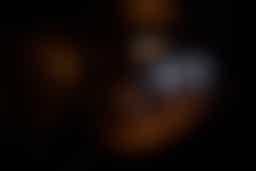 On some fundamental level, human beings like to eat meat while sitting around a fire - preferably in the safety of a cave. And that’s pretty much the aesthetic at this Argentinian steakhouse, where the tables have tall candles with leaping flames, and the small dining room’s dark walls create a comforting, cave-like atmosphere. Unlike most prehistoric caves, though, Tango Sur is BYOB, so take advantage of the lack of good lighting to hoard the best wine for yourself. 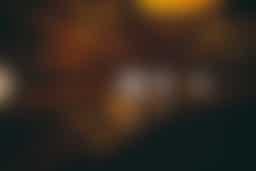 Cherry Circle Room is an upscale restaurant located on the second floor of the Chicago Athletic Association Hotel, all the way in the back. And it’s designed to feel like a parlor from the turn of the century, when fluorescent lighting was still mostly just a bad dream. Dark wood paneling, secluded tables, and the general feeling of being out-of-the-way help make the whole experience feel secretive - and the overall effect is enough to make you consider living like the Phantom Of The Chicago Athletic Association Hotel, allowing you to appreciate the darkness forever. Or at least until April. 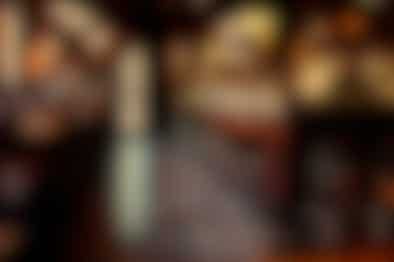 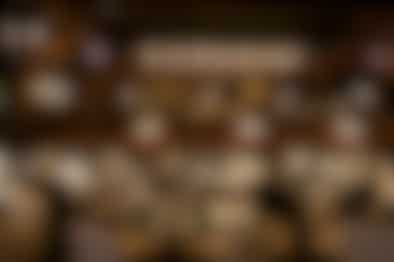 Where To Take Someone From The Suburbs

Here’s where to take your friends who are coming to visit you in the city. 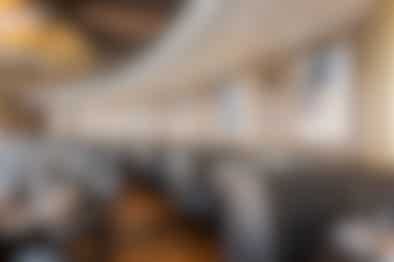 These are the giant Chicago booths you want to be sitting in. 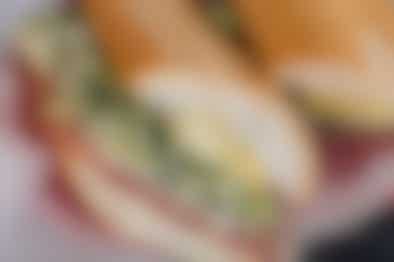 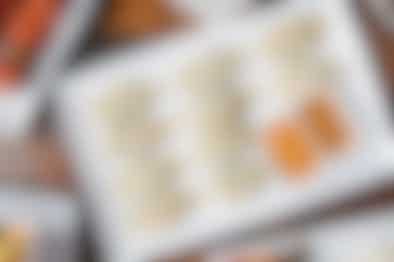 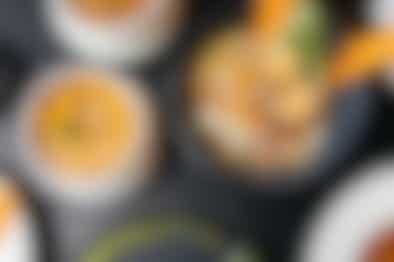