Bottomless brunch satisfies a very specific desire. Not necessarily one of class, rather exuberance and recklessness. Before you start drinking like you’re doing an impersonation of how people reacted to Y2K, you’ll need a few things before you go. Like money, for example, as well as a sense of limitless potential, and no other plans for the day (so you can take a nap at 3pm). Whatever your drunk brunch requires, we want you to know that we support you.

We also want you to know that most of the food served during bottomless brunch is not very good. But that’s really not why you’re here. (There are, of course, exceptions. And you’ll find some of them below.) So whether you want to drink enough to mildly worry your relatives or just swirl a Bloody Mary with the comfort of knowing that you can have as many as you want - we’ve got 16 places for you and your friends. 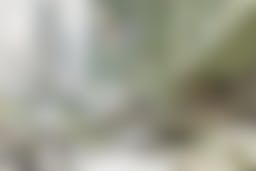 This upscale French restaurant just opened inside the Pendry in the Loop. And during their weekend brunch they offer bottomless mimosas and rosé, and serve things like pancakes with black walnut syrup, duck and waffles with honey and butter, and a croque monsieur. So if you have out-of-towners visiting, consider meeting them here for a fancy brunch before taking them around the city for some boozy sightseeing.

The Deal: Bottomless mimosas or rosé for $20. 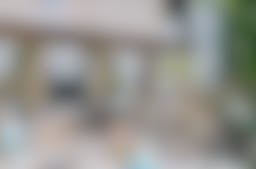 Diver At The Park

The Diver at the Park is a Tulum-inspired restaurant in Wrigleyville with a large fenced-in beer garden. And this spot is perfect if you’re looking to have unlimited mimosas out on a patio. The outdoor (and dog-friendly) space is huge, has picnic tables, swings, a vintage camper bar, and serves brunch dishes like breakfast tacos, chilaquiles, and scrambled eggs with shrimp, bacon, and cheese.

The Deal: Bottomless mimosas for $25. 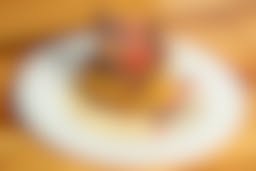 If you’re looking for a casual brunch option that’s great for groups, put Time Out Market on your list. This food hall in the West Loop now has bottomless brunch with live jazz. How does brunch work in a food hall you ask? Each vendor has a few dishes (for example, Cleo’s French toast souffle and Bill Kim Ramen’s hangover ramen) and you get pitchers of mimosas at the bar. Then you can either sit inside the giant food hall, on the rooftop, or out on the large sidewalk patio. 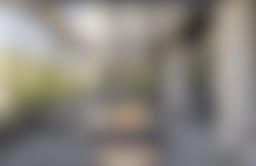 The Ace Hotel started offering a bottomless brunch that has nothing to do with booze. It’s $45 and comes with your choice of entree and - this is where we get excited - a bottomless snack cart with small bites like blini with smoked trout roe, feta butternut squash crostini, doughnuts, and a brunch tower that includes pastries and a smoked salmon platter. And for an extra $20, you can get unlimited mimosas or beer.

The Deal: $20 unlimited mimosas or beer.

Bandit is a spot in the West Loop that feels like a party, but is still low-key enough for a casual brunch to listen to your friend confess they’re secretly glad they had to cancel their wedding last year. Come here for drinks and bar snacks like disco fries during the week, or come on the weekends for bottomless brunch. For $30 you can get unlimited mimosas and Bloody Mary’s, along with dishes like eggs, pancakes, and chilaquiles. One of the best things about this place? The bathrooms are decorated with wall-to-wall posters of Justin Timberlake and Britney Spears, respectively.

The Deal: Bottomless mimosas and Bloody Marys for $30.

The original Land & Lake is in the London House hotel downtown, and this is the Andersonville location. On the weekend they serve bottomless brunch (you get 90 minutes) and right now they’re open for carryout, indoor, and outdoor dining on their covered back patio.

The Deal: Bottomless mimosas for $30. 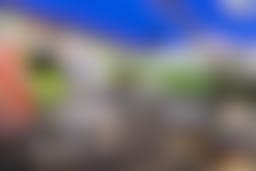 Lark in Northhalsted has a fantastic plant-filled back patio, and on the weekends hosts drag brunches or has live DJ’s spinning themed soundtracks like “90s” or “girl groups.” You can get bottomless mimosas, Bloody Mary’s, sangria, and bellinis for 90 minutes. And oh yea, there’s food too - eggs, biscuits and gravy, breakfast pizza - you get the idea.

The Deal: Bottomless mimosas, bellinis, Bloody Marys, and sangria for $24.95. 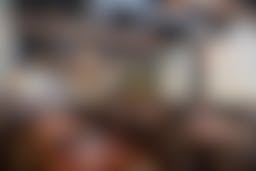 When we think “bottomless brunch,” Hub 51 immediately comes to mind. It’s the type of large, crowded River North restaurant we expect to offer unlimited mimosas with their eggs. The good news is that the food is generally pretty good, and this place manages to be loud and fun without being a total sh*tshow. Order things like buttermilk pancakes or breakfast tacos, and be prepared to take a long booze-fueled nap later.

The Deal: Bottomless mimosas and bellinis for $28.

Park & Field now has a “virtual” buffet to go along with a $45 unlimited drink package of Bloody Marys, mimosas, rosé, and beer. What’s a virtual buffet you ask? You fill out an order form of all the brunch dishes you want (like waffles, omelettes, charcuterie, benedicts) and the kitchen plates it for you. Plus, the heated patio has lots of tents, Adirondack chairs, fire pits, and a camper-turned-bar. 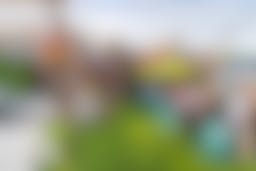 This is a rooftop bar in Wicker Park, and at 3,000 square feet, is very large. And on the weekends they serve bottomless brunch. The drink package is $25, and must be purchased with an entree like French toast, chicken and waffles, or chilaquiles.

This busy Spanish spot in Fulton Market is originally from New York. And while the food at Boqueria isn’t very memorable, their sangria is, and overall their brunch deal is pretty great. For $29, you get your choice of bottomless mimosas or red, white, or rosé sangría.

The Deal: Bottomless sangria and mimosas, $29. 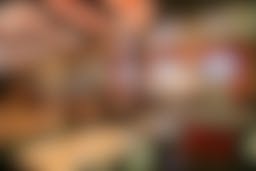 Bar Takito has one of the most affordable bottomless deals in the West Loop, with $15 unlimited mimosas. The menu is made up of Mexican/Central American/South American fusion dishes, and includes things like chilaquiles and arepa benedicts. Is the food good? Yes. Can you get drunk for $15? Also yes.

The Deal: Bottomless mimosas for $15.

If you’ve lived in Chicago for any stretch of time, you’ve probably been to El Mariachi in Lakeview. The large back patio is a popular spot for group get-togethers, specifically the ones that involve day drinking. While the OK Mexican food here isn’t going to win any awards (the menu has standards like breakfast burritos and tequila french toast), nothing costs over $10.99. So, honestly, you really can’t afford to not come here. 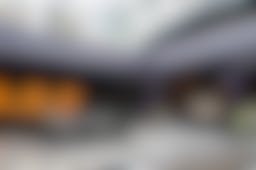 The only thing that makes a bottomless brunch feel even more ridiculously excessive is when it comes with a buffet. That’s what you’ll find at The Fremont in River North, along with a DJ, donut wall, and a retractable roof. Basically, when none of your friends can get their sh*t together for long enough to plan a trip to Vegas, this is your next best option.

The Deal: Buffet-style all-you-can-eat brunch with bottomless mimosas for $75.

Angelina is an Italian restaurant that’s been in Lakeview for over 30 years, and the champagne brunch is still going strong. The menu is short and uncomplicated (with dishes like french toast and a frittata) and 10 out of 10 hungover bridesmaids agree: you’re here for the bottomless mimosas.

The Deal: Brunch menu item plus unlimited champagne for $25. 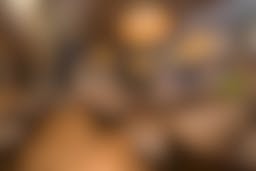 We didn’t see this one coming, but this rather quaint French restaurant in the Gold Coast has a pretty affordable ($20.95) mimosa special for brunch. Bistronomic has dishes like eggs benedict and avocado toast, and offers a quiet alternative to partying with a bunch of unruly drunks. There’s also a 90-minute limit - so it’s for sophisticated drunks with excellent time management skills. 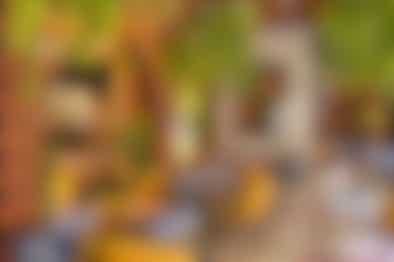 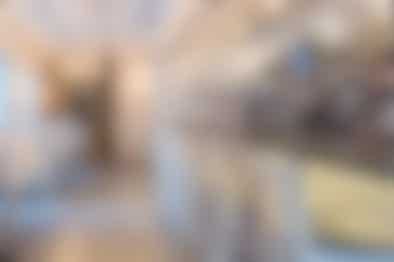 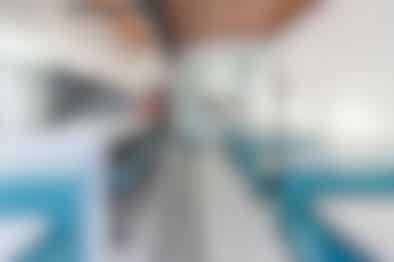 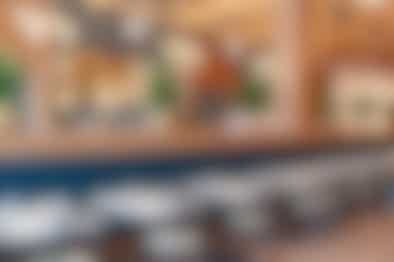 These are the best new brunches in Chicago. 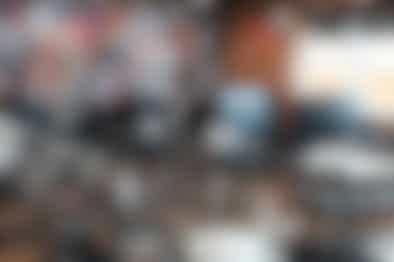 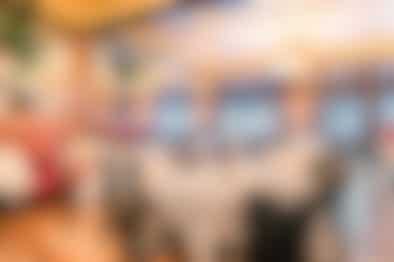 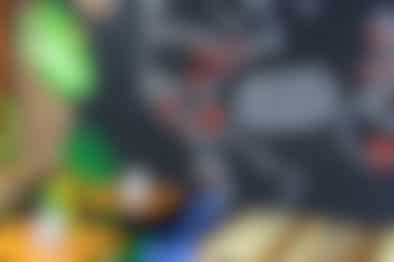