May 12, 2021
How Nikita Dhingra Expresses Love & Nostalgia Through Her Food
The chef and owner of Plattered By Niki, an Indian restaurant in Lakeview, shares her journey with cooking and a few of her favorite Chicago spots.

Nikita Dhingra is the chef and owner of Plattered By Niki, a delivery-only Indian restaurant in Lakeview. You can read our review of Plattered here.

(As told to Adrian Kane)

I grew up in New Delhi, India. Typically, in Indian families, you are pushed into academics, computer sciences, or medicine. My family was no different, so I didn’t realize that I was destined to be a chef. In fact, I got my degree in information systems.

But when I was in ninth grade, my mom (who is a fantastic cook) needed to be hospitalized because of an autoimmune disorder. I missed her cooking, so I would go into the kitchen and try to whip something up - I liked conducting my own experiments. If a relative would say, “Oh, this dish is just like your mom’s,” it would bring me so much happiness.

My dad was definitely a foodie, too. He would take us to all his haunts, checking out all the street food. I’m talking about the early ’90s when there was no internet - so it was just exploring, going into alleys, and finding all these joints. I vividly remember those trips, and street food (chaat) continues to be my cooking inspiration. It fascinates me on so many levels because it has so many layers of flavors. It’s sweet, sour, spicy - everything you can taste in just a few bites. 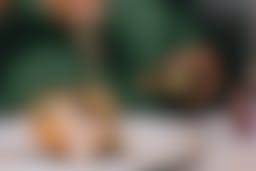 We were living in New York when the economy crashed (in 2008). My husband lost his job, and suddenly we had zero income. It was terrible and so stressful - there was no hope anywhere. We were considering moving back when our friends said, “Whenever you cook for us, it takes us back to our homes. Why don’t you start a business?” That’s when I started my pop-up Ghar Ka Khana, which literally translates to “homestyle food.” I cooked for friends and acquaintances, and it managed to pay our bills. Then when my husband got his job back, I realized, “This gives me so much joy, I can’t shut this down.”

I continued cooking until I got pregnant when doctors told me that I needed to rest - it was either my job or my baby. So, I took a break. But after moving to Chicago in 2012, and when my son was about two, I enrolled in culinary school. I had really missed being in the kitchen, and I cannot tell you how much happiness that brought me. A friend asked me to cater a baby shower for her, and that was the start of Plattered By Niki. That baby shower was the first event, then I catered dessert for the Chicago South Asian Film Festival, and served food for 150 people at the Newberry Library - there was no looking back. 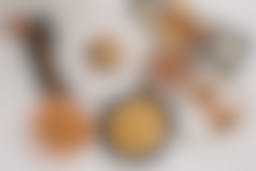 Then the pandemic hit. I knew events weren’t going to be happening for a very long time, so in October of 2020, we began weekly pickup and delivery. I wanted to give people comfort, so we went back to homestyle cooking - the North Indian flavors I grew up with. I’ve been told that our chaat, or street food, reminds people of their experiences in Delhi when they were growing up. When I’m making my food, I’m talking to my ingredients, saying, “We’ve got to nail this.” That is just the way I work in the kitchen.

I try to make food with so much love because it always takes me back to that feeling of cooking for my family. When that love gets passed on, and people feel it in their food, they keep coming back. It really makes me so happy when people reach out to tell me the food took them back to their home and reminded them of a place in India they had eaten at 20 years ago. It’s that connection with food that should bring you happiness, joy, and a sense of nostalgia.

Some Of Niki’s Favorite Chicago Spots

I used to have bagfuls of spices I’d travel with when I’d come back from India. Now with Patel Brothers on Devon, that’s where I get everything. Chicago’s Indian population isn’t just limited to North India or South India, or West or East, and they have it all. I’ve actually discovered spices at Patel Brother’s I wasn’t familiar with, and I would get something just to try it out. It’s definitely opened up my flavor profiles. 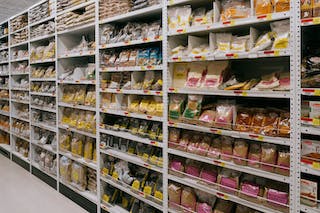 We love this place. We’re not very far from them, and now they know my husband by name. Typically we get their fish stew with milk broth, and we’re always torn between their curries. It’s always between the red or green, and we end up ordering both of them every single time. 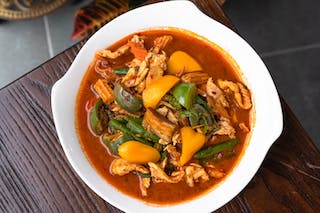 When you are ordering from an Indian restaurant, you have flavors in mind that you want. But if for some reason you end up being disappointed, you’re like, “OK, I need to make this on my own.” So It’s always nice to know that there is another place that has food as good as yours. We found that in Vajra. We absolutely love the food there. My husband and I celebrated my birthday there a couple of years ago, and it was just beautiful. The whole experience was amazing. 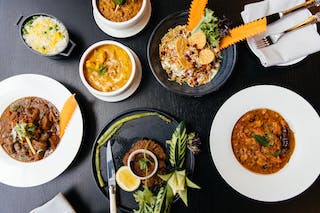 One place that’s not in our neighborhood but is an absolute go-to is QXY Dumplings. We actually went there in the winter when they opened up for takeout and delivery. I think it was 20 degrees outside. We sat in our car and literally ate our whole order. And then we were ready to order more. 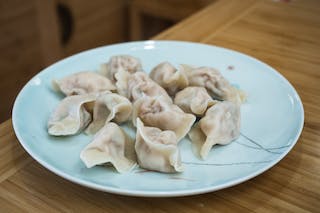 Get In The Kitchen 3617 North Broadway

I was walking around Lakeview one day, and I came across this little cooking school called Get in the Kitchen. It’s a store where you can find cute kitchen stuff, an event space you can rent, and they have a kitchen for classes. I went in and I spoke to the owner, Jason. He’s let me make it my test kitchen while the space is empty because there are no cooking classes or events happening. He’s been very, very supportive, and I’ve just been so blessed. 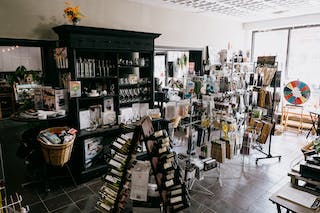 The Best Chicago Restaurants For A Birthday Dinner
The best restaurants in Chicago to host your birthday get-together.

Where To Do Fall Stuff Within 90 Minutes Of Chicago
Because everyone likes pumpkins and fresh air.

6 New Things To Do & Eat In Chicago This Week
Check out these pop-ups and special events happening in Chicago from September 28th - October 5th.

19 Exciting Things To Do & Eat In Chicago This Halloween
Check out these pop-ups and special events happening around Chicago for Halloween.