In neighborhoods across Chicago, elotes vendors are on corners everywhere. The street vendors are huge parts of the communities they serve, and people have relied on them for fast, inexpensive eats on the go for generations. They’re most commonly found served from push carts in Mexican communities like Pilsen and Back of the Yards, often alongside freshly cut fruit or shaved ice raspados. The dish is so beloved that in recent years it’s appeared on menus across the city, and chefs from all cultures are adding their own twists—from elotes pizzas to salads and even in desserts. Here, eight Chicago restaurant folks share their favorite local elotes.

“There is an elote stand outside of Lindo Michoacán grocery store on the corner of Kedzie and Lawrence that’s my favorite. It’s a classic Albany Park elote with queso and chile, but what I like the most about this specific stand is that it’s served warmer than most and loaded with queso!” 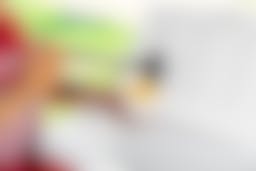 “When I think of elotes, my memory goes back right to Colombia, where I grew up. I used to get elotes every Friday with my cousin for dinner. I love the elotes at Carbon in West Town—they’re super simple but amazing. They serve it off the cob in a cup which makes it easier to eat, and it’s so juicy and delicious!”

“I love the elotes at Taqueria Traspasada at Elston and California. They have a sign in their shop that advertises ‘corn in a cup,’ and it’s freshly made to order. Their elote cup has a good ratio of butter, mayo, cheese, and pepper! And because it’s super freshly made and off the cob, the heat helps to melt the cotija cheese inside and it makes it that much better.” 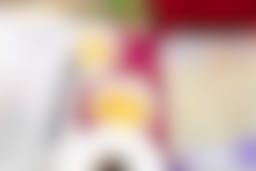 “I recently moved to Chicago, and I moved here not knowing a single soul. I made it a point to check out a bunch of different hotspots, that’s where I found one of my favorite dishes growing up, done in a more modern way. The tempura elotes from Proxi are one of my favorite feel-good dishes in the city. I remember when they first set it down on my table, I wasn’t sure how to eat it, but then dug right in, and was taken back [to my memory] from all the traditional flavors. Now, every time I have family in town or friends in the industry I make sure to stop by Proxi just so they can try the delicious elotes as well!”

“I am Peruvian, and we eat grilled Peruvian choclo with queso. A few years ago, I had crispy tempura corn fritters at Proxi with Kewpie Japanese mayo. The server said that the many elote carts in the city inspired this dish. It had a great crunch with chile powder, lime, and a generous shaving of Grana Padano. All the things you want in a fried snack—bright, sweet, salty, and spicy!” 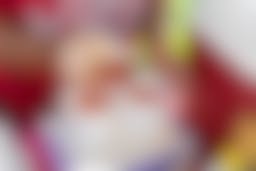 A generous helping of chili powder to finish. Kim Kovacik

“Elotes are really meant to be street food. I love that typically the corn used in street elote is always somehow so much sweeter than any other corn. There are people who sell them on the corners of the streets all over the city, and they are constantly moving. I know a man who is on 18th Street on the corner of Chicago’s National Museum of Mexican Art. I don’t know if he is still there because the vendors move around so much, but I would say that he sells my favorite elote. It is a very simple street presentation, served in a plastic cup.”

“I always satisfy my elotes cravings at the street vendor who is always wearing a Chivas jersey on 52nd and Pulaski across from the Orange Line. I like the amount of ingredients he uses. His elotes remind me very much of my first elote when I was growing up in Mexico City. He also has a huge personality and is a very skillful vendor. His energy attracts you to his puesto [cart].”

“My favorite elotes are from La Barca El Taconazo from the event Fiesta Del Sol. It’s the largest Latino festival in the Midwest and very family-friendly. They were especially delicious because the elote is roasted, not boiled like other places.” 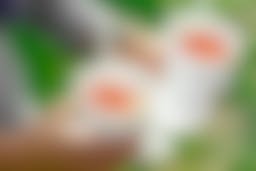 The Best Sushi Restaurants In Chicago
Our guide to the greatest sushi spots in Chicago, from incredible a la carte meals to bucket list omakase options.

Chicago Bars & Restaurants That Are Closed Right Now Due To Covid-19
Some are reporting staff exposures, while others are simply taking precautions.

9 Exciting Things To Do & Eat In Chicago Between January 10th-17th.
Check out these new restaurants, pop-ups, and special events all around Chicago.

10 Warm Dishes To Order This Week Because It’s F*cking Cold
Food to distract you from the fact that it’s nine degrees.