Where To Eat And Drink In Harvard Square

16 of the best bars and restaurants in of the city’s best squares.

To hear the old-timers tell it, Harvard Square in the ’70s was the grungy, pot-fueled, drum-circled nexus of the bohemian universe. A place where a lot of books mingled with a lot of drugs. Where poets and musicians turned a dirty corner of Cambridge into 1920s Paris (if 1920s Paris also had 50¢ pitchers of beer and tattoo parlors). That Harvard Square is long gone, replaced by specialty stores that sell $30 leather notebooks, gourmet chocolate shops, and banks - so many banks.

But just because Harvard Square has been cleaned up doesn’t mean you still can’t have a lot of fun here. You won’t be able to get a tattoo at any of the 16 spots below, but you’ll get some great food and drinks. 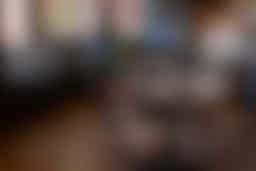 Waypoint is a big restaurant that always feels like a party. That could have something to do with the fact that it offers at least four different absinthe cocktails every night and the music is always blasting. But it’s really because of their exciting seafood dishes that put classic Boston seafood restaurants (whose menus are inspired from the goopy chowder that was served at the Kennebunkport Yacht Club’s 1989 awards dinner) to shame. Don’t miss the uni bucatini, octopus meatballs, and the giant lamb shoulder that’s so good it’ll make you consider moving up to New Hampshire to become a shepherd. 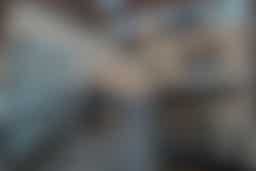 The Sinclair is best known as an indie-ish music venue, but you shouldn’t only come here to see a scruffily bearded band ironically cover the Super Mario Bros theme song. It’s also a great place to eat and drink. The restaurant is perfect for groups, has a sunny, elevated patio tucked off the square, and serves a broad American menu covering everything from vegan nachos to gouda mac and cheese. What we really love, though, is the bar downstairs with its great cocktails and pinball machines. Head here when you want to sit down with some friends and have a drink for an hour or four. 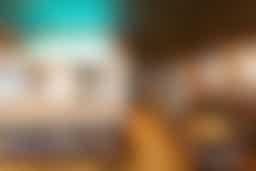 In the same way that wearing glasses doesn’t actually make you ugly, being an uncreatively named sushi spot in a strip mall doesn’t mean you can’t be a great place to eat. Come to this casual spot in Harvard Square for either the omakase (~$100) or the more moderately priced but still great a la carte menu of rolls and nigiri and congratulate yourself of knowing what inner beauty really is. 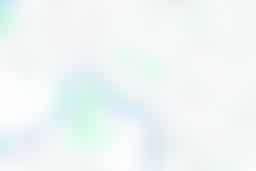 On the first 60 degree day in March, you’re going to find yourself heading to the beer garden at Charlie’s Kitchen. Of course, it’s probably going to snow again two days later, but that’s OK, because Charlie’s is great inside, too. The first floor is a greasy spoon diner, the second floor is a kinda grungy punk bar, and there’s live music every Monday night. It’s also the only place in Harvard Square we know of that does a Wu Tang night on the last Wednesday of every month (yes, right before rent is due, because, as Method Man warned us, cash rules everything around you). 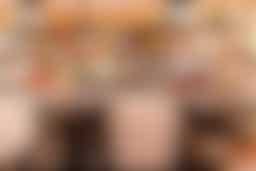 At Alden & Harlow, it should be a rule that no two people at the same table can order the same drink. The cocktails are so good and interesting at this big, fun spot that you should share them the same way you do with the small plates. Having said that, the small plates are pretty good too. The menu is broad, with things like lamb belly with dates, and Wellfleet clams served with a rich mix of smoked pig’s tail, chili, and parsley, so come here with a group of friends and try as much as you can, and keep this in mind for your next birthday dinner, or any dinner you just want to be really fun. 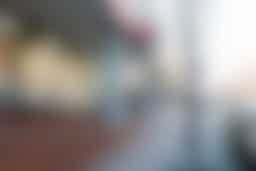 If you’re going to eat in a crowded, windowless basement that kind of looks like an apartment complex cafeteria in a dystopian world where no one can go outside because sunlight melts human hair, then the food better be pretty good. That’s the case at Bonchon, which serves some great fried chicken in an almost claustrophobic space in the basement of the retail complex. The rest of the Korean menu is solid (particularly the kimchi pancakes) but it’s the lightly fried chicken pieces that will keep you coming back. 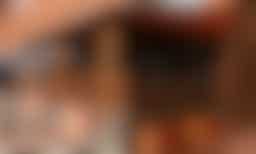 You might feel a little out of place if you’re not exchanging business cards with someone at Benedetto, a high-end Italian place in the Charles Square Hotel that sometimes feels like the dining hall of Harvard Business School. But don’t let all those future CEOs, tech entrepreneurs, and offshore tax haven account-holders intimidate you - Benedetto is a great spot if you’re looking for great high-end Italian food. If it’s nice out, sit on the patio that overlooks the courtyard and order the strozzapreti with pork belly or roasted mushrooms with duck egg. 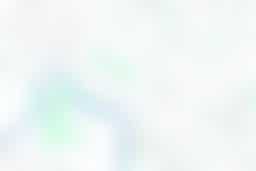 The menu constantly changes at Mr. Bartley’s - not because it’s a seasonal place that tells you the name of the farmer that picked your kale, but because the burgers at this greasy spoon place are given jokey topical names that mock right wing political figures. So if you’re looking for a throwback to the dirty, quirky Harvard Square of the ’70s - or if you only eat burgers named after Brexit supporters - this is your place. Our current favorite is the Government Shutdown, which comes with jalapeno and hot sauce. 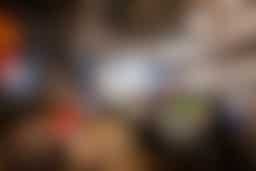 If you’ve been to the tiny Santouka outpost in Back Bay, you know that the ramen’s worth waiting out on the sidewalk and then stuffing yourself into a communal table next to a stranger to eat. If you’ve been to the one in Harvard Square you know that, oh hey, you don’t have to do that here. This place still gets plenty busy, but the space is big and futuristic in a kinda-feels-like-a-cafeteria-on-a-spaceship way. All of their ramen bowls fall on the light side without sacrificing real flavor, and while you can’t go wrong with their house shio ramen, the spicy miso might be the best. 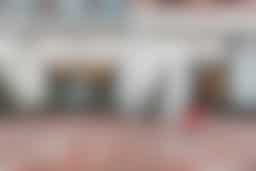 Harvard does have a library, right? It must (and if it doesn’t, someone’s gotta make a call to the US News college rankings people). But you’d be forgiven for assuming it doesn’t when you walk into Tatte, a massive two-story cafe that’s packed at all hours of the day and has a laptop and an open biology book on nearly every table. Step up to the pastry counter, though, and you’ll understand why this place is so popular. The chocolate hazelnut brioche and espresso mocha mousse are so good you won’t care that it might not be socially acceptable to eat dessert at 11 in the morning. And Tatte isn’t just a pastry place, either, it’s got a big menu of sandwiches, salads, tartines, and other Middle Eastern-ish specialties like fattoush and shakshuka. You could easily spend your whole day here, holed up in a booth by the window, rolling from one meal to the next. 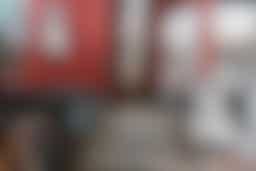 Here’s something that sucks: Orinoco closes. It sucks because with a menu full of big, meaty Venezuelan specialties like mojo marinated pork and a backyard that looks like the “after” picture in a Scotts Turf Builder commercial, you’re not going to want to leave here. Get here for Sunday brunch, too, when corn pancakes topped with things like melted queso take over the menu. 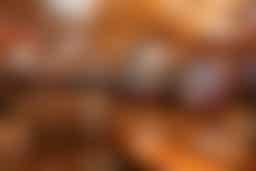 As long as there are no German teenagers throwing up in the bathroom, big beer halls with communal tables are always a good time (and they’re actually a lot of fun with the drunk German teenagers, too). With strings of lights on the ceiling, shuffleboard tables, and enough room to stage a game of pickup dodgeball, Beat Brew Hall is your Harvard Square spot to come and make a ruckus with a big group of friends. The menu is mostly uninspiring bar food, but the cocktails and beer selection more than make up for it, as does the frequent live music. 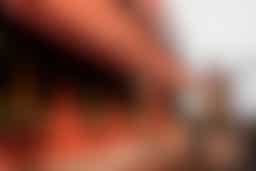 In a city where winter drags on like the Oscar’s, it’s important to remember to at least try to get outside between December and April, lest you forget what the sky looks like. You can do that at Daedalus on Mt. Auburn, which has a heated rooftop that stays open year-round (technically speaking, there will be a roof over your head in the winter, but it’ll feel like you’re outside). Of course in the summer, you don’t need to remember what being outside is like, you just need to embrace it. And with picnic tables, planters, cocktails, and a bar menu that kicks things up with things like butternut squash gnocchi, you’ll be able to do just that here. 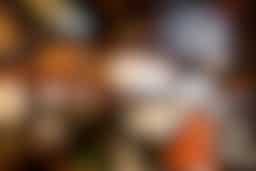 Felipe’s is one of those spots where you walk through a line and tell someone on the other side of the sneeze guard whether you want extra guacamole in your burrito. But please do not confuse this place with a Chipotle. For one thing, the burritos at Chipotle aren’t nearly as good (get the chimichanga with creamy queso on top). But more importantly, Chipotle doesn’t have really strong margaritas and a roofdeck strung with string lights. This place gets really crowded, but the lines move quickly and it’s worth it.

There’s no silverware at Longfellow, a cocktail bar above Alden & Harlow, as the food is supposed to be reminiscent of bar food you eat with your fingers. But we can’t think of any other bars that serve deviled eggs with ikura, or pigs in a blanket with black truffle and honey. Aside from the fact that you eat with your hands, Longfellow is civilized through-and-through, and it’d be wise to make a reservation - especially on weekends.

The 15 best bars and restaurants in the North End. 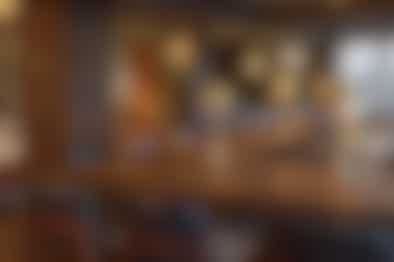 Where To Eat And Drink Around Harvard 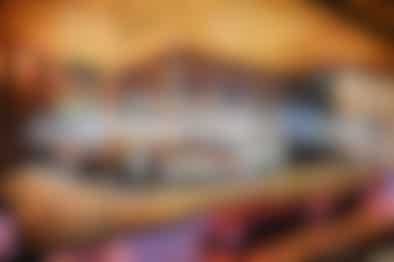 The 10 best restaurants for closing a deal. 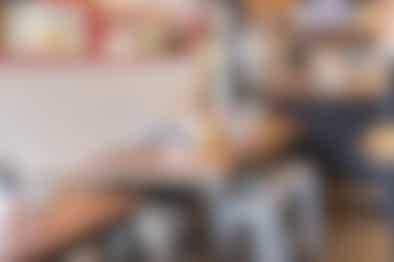 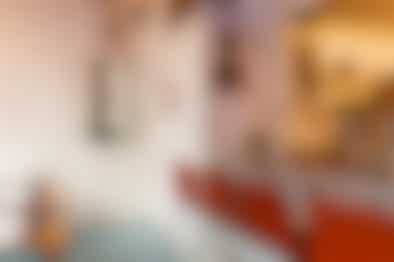 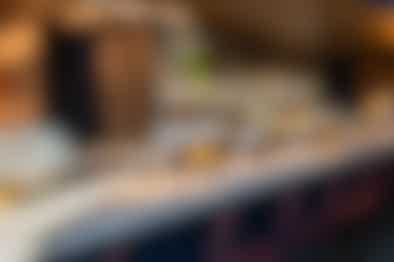 A guide to all the breweries in a city that all of a sudden has a ton of breweries.
Restaurant Finder