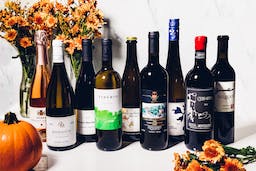 November 16, 2020
9 Wines To Try For Your 2020 Thanksgiving
From natural wines to traditional turkey pairings, here are 9 wines to try with this year’s Thanksgiving meal.

One year for Thanksgiving, my cousin brought miracle berry tablets, which are these pills that make everything you eat taste excessively sweet for a couple hours. “Flavortripping” on them was a whole thing in the mid-2010s, because back then, we had to take pills bought off Amazon to try to make things weird, apparently.

This year, you don’t need to do anything at all to make Thanksgiving unusual. Chances are, you’re with a smaller, different group of people, possibly in front of a laptop. And maybe that means you’re choosing the wine yourself for the first time. Or maybe you’re planning an unconventional Thanksgiving, and you want some funky bottles to go along with that. Whatever the case, here are a few ideas of what to drink with your Thanksgiving meal.

We’ve curated these wines along with our expert sommelier friends at wine store Parcelle, and you can buy the bottles individually, or as part of thematic three-packs. National shipping is available, as is local delivery in NYC.

The Three Pack That’s Perfect For: Keeping It Traditional, Even Though This Year Most Definitely Isn’t 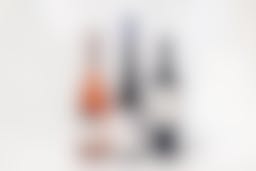 Get the pack for $75 at Parcelle

Lots of people have ideas about what wines you’re “supposed” to drink on Thanksgiving. We think you should drink whatever you want. If you do want wines that are known for pairing well with Thanksgiving foods, start with these three. They’re classic picks, but also a definite upgrade from the recommendations your family got from the 1994 issue of Saveur.

Arnaud Lambert, Crémant de Loire Rosé NV ($25) - Champagne has a place at every holiday, because it feels special, goes great with food, and sends the message that the party is starting, even if the party is happening over Zoom. But Champagne (which can only be called Champagne if it’s from the Champagne region) is also pretty expensive. “Crémants” are French sparkling wines made using the exact same method as Champagne, but produced in different parts of the country. They cost less, but still taste excellent. This bottle is a rosé, and will go great with any salty snacks you start your meal with.

Stagård, Grüner Veltliner Handwerk 2018 ($26) = Grüner veltliner has one thing in common with White Claw: it’s ideal for day drinking. This Austrian wine is known for being light, but also a bit peppery and savory. It’ll go really well with sweet potato and squash dishes, as well as whatever’s on TV at 2pm.

Bedrock Wine Company, Old Vine Zinfandel 2018 ($26) - Zinfandel is known as the classic red wine to pair with turkey on Thanksgiving. It’s a very American wine, in that it’s grown primarily on U.S. soil, and plays a key role in the history of winemaking in California. Zinfandel can get a bad rap, because some of it does come in big jugs or boxes, and the rosé version you may know as “Sunset Blush” may trigger memories you’d rather forget. But Bedrock is a producer doing things right – it’s actually run by the son of one of the most famous American zinfandel producers, if you like good family stories – and this bottle will be a crowd pleaser. 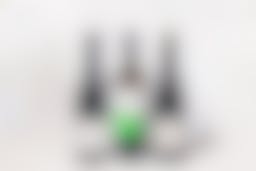 Get the pack for $85 at Parcelle

Nothing about this year has been normal, regardless of how you define “normal.” So drink these wines, which all say f*ck you to convention in one way or another.

Domaine les Grandes Vignes, ‘Bulle Nature’ Pét Nat 2019 ($33) - We talked above about the Champagne method of making sparkling wine. “Pét Nat” means “pétillant naturel,” which is another method of making sparkling wine. It’s an ancient method that’s been revitalized in recent years, and the result is a cider-y wine that’s low in alcohol and can often taste sort of like kombucha. Drink a pét nat for an unconventional take on sparkling.

Tiberio, Pecorino d’Abruzzo 2019 ($25) - Pecorino is a cheese, but this wine is not made from cheese. Rather, it’s made from a not super-common grape by the same name, grown in Italy. This crisp white will pair great with turkey or chicken, as well as any vegetable sides. Thanksgiving food is all about tried and true standards, so you may as well try a grape that’s new to you.

Mee Godard, ‘Corcelette’ Morgon 2018 ($35) - Heard about natural wine but not really sure what the deal is? The Beaujolais region of France is where the natural wine movement really got started, and the light-bodied gamays produced here are a great place to start exploring. Winemaker Mee Godard was born in South Korea, grew up in France, studied food and wine science in the US, and is now making some of the best Beaujolais out there. Morgon is one of the top, if not the top, parts of Beaujolais for wine, and a good name to know when picking something off a list.

Looking for something else? Like just one really great bottle? 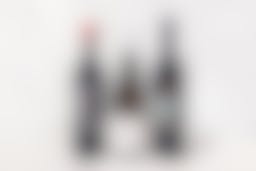 If you’re not into any of the above wines, or you’re just looking for one great bottle, here are a few more ideas. These bottles are all excellent, memorables examples of their respective styles. As a result, they do cost a bit more, but all are worth it for something special.

Pierre Morey, Bourgogne Chardonnay 2018 ($50) - If you, or someone you’re drinking with this year, thinks they “don’t like white wine” or “hate chardonnay,” open a bottle of white Burgundy, a.k.a. chardonnay from Burgundy, the best winemaking region in the world. This is the entry level bottle from a great, great winemaker named Pierre Morey, who started his own winery after working for the world’s most famous (and expensive) producers.

Cerbaiona, Rosso di Montalcino 2016 ($70) - Regardless of what 2016 meant to you, it was a good year for wines from Tuscany. Let’s leave it at that. This red is 100% sangiovese, a wine that goes great with turkey, steak (eat what you want this year), or any rich food, really. If you’ve had Brunello di Montalcino, Rosso di Montalcino is essentially the same wine, but aged for a shorter period of time. Cerbaiona is a top producer of both.

Benanti, Serra della Contessa 2002 ($100) - Doesn’t Sicily sound pretty nice right about now? Doesn’t 2002 sound pretty good right now? This red wine, from Sicily’s top winemaker, will transport you there. The grapes for this wine are grown high on Europe’s tallest active volcano, which offers a conversation starter and contributes to the wine’s flavor.

We’re recommending these wines because we actually like them. Bottles you buy through our links may earn us a commission.