December 7, 2020
Meet Three Restaurants That Opened During The Pandemic
“We had to do it, no matter what. That’s our dream.”

Presented by
Capital One

Everyone loves a good origin story. Just Google “who invented the Slinky” or ask one of the 67 versions of Spiderman. But any restaurant that originated in 2020 deserves a standing ovation, particularly the ones that opened right in the middle of the pandemic. They’ve braved curfews, stay-at-home orders, indoor and outdoor dining bans, and reduced capacity.

A sh*t ton of questions come to mind when we think of these places, starting with why and how? So we found three restaurants that opened within the last six months - Miami’s Itamae, Flour Power in Chicago, and United Dumplings in San Francisco - and asked them just that.

All restaurants featured on The Infatuation are selected by our editorial team. Meet Three Restaurants That Opened During The Pandemic is presented by Capital One. 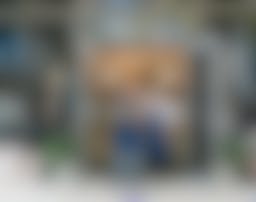 “All of a sudden, there was that one week in March when things went from…”

Nando Chang has paused mid-sentence, distracted by something. He and his sister, Val, are watching an employee peel off the wraps that covered the restaurant’s floor-to-ceiling windows for the very first time, and sunlight is slowly filling their new dining room.

It is eight days until the opening of Itamae on November 25th. Few restaurants in Miami have been as eagerly anticipated this year. Within 90 seconds of the wraps being pulled off the windows, two people have attempted to come inside the Nikkei restaurant. Nando politely turns them away.

“I cannot tell you how many people come in here every day asking us, ‘When?’” he says.

Nando and Val have asked themselves that same question a lot over the last nine months. They signed the lease for Itamae - which started out in a food hall just a short walk from their new space in Miami’s Design District - on February 9th. A few weeks later, the city implemented its first order to shut down indoor and outdoor dining. 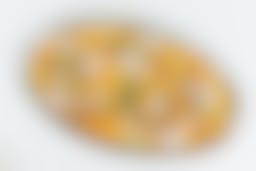 They both admit they got lucky with the lease. Their landlord was flexible and didn’t require any rent payments until September. “We knew we had six months,” Nando says, “so we figured, worst-case scenario, the world should go back to normal by then.” He can’t help but laugh saying that out loud now.

As the months went on, and it became clear that pretty much nothing was going back to normal, Val and Nando had to have some hard conversations about how, exactly, they were going to make this work.

“We wanted to do indoor dining,” Val says. “And then we had a meeting where we all talked about our fears, and we made the decision we’re not going to open indoors - only outdoors. That’s not what we hoped for - I think it’ll change the numbers that we were hoping for.”

But by now, they’ve both learned to accept the many things beyond their control.

“There’s like this dark cloud of rain following you everywhere,” Val says, “but I just have this personality where I’m like, rain, do whatever you want. I’m here. I’m still going to show up. We’re still going to do this.”

“I think we’ve taken into consideration all of our peers that are not going to be able to reopen,” Nando says. “That lets me know how fortunate we are.” 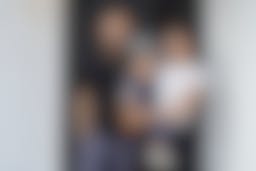 Chicago restaurants have had to battle a lot in 2020 - a shutdown, reduced capacity, banning indoor dining, and most recently, a new stay-at-home advisory. But Alice Richter, who opened her restaurant Flour Power in the middle of a pandemic on August 5th, has a refreshingly positive perspective. “We definitely can’t complain...some people have it rough.”

After years of working in Chicago’s fine-dining scene (Schwa and Grace to name a few), Alice and her partner Wilson Bauer spent 2019 hosting 13-course underground dinners out of their loft apartment. But dealing with a “lame” kitchen and the arrival of not-lame new baby made it clear it was time to get their business out of the house. They decided to open their dream restaurant - a small “mom and pop” neighborhood spot.

After they raised almost $20,000 from a Kickstarter campaign, they were set to open their casual, 640-square-foot 16-seat restaurant in early March. Then, well, you know. The Chicago shutdown was only supposed to last 15 days. Then a month passed. Then two months. Then three.

But rent and utilities still needed to be paid, and the monthly $600 PUA from the government was running out. “We were able to survive off that extra unemployment,” Wilson says, “So when that ended and our rent kept coming due, we were like, well, we kind of need to open.” 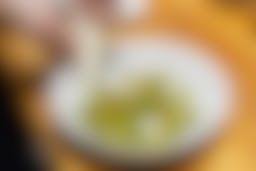 Wanting to limit exposure to the virus meant not hiring any staff. Instead, they had to do everything themselves - something that two people with a toddler weren’t expecting to juggle. “That was definitely the biggest adjustment, we went from having it planned out with a kitchen staff... to trying to do it with just Wilson and I,” Alice says. They made their handmade pastas available for carryout (no dine-in service), and offered meal kits, which Wilson assembles himself. Basically, Wilson and Alice are like Flour Power’s Wizards of Oz, but with their two-year-old Miller also hanging out with them behind the curtain.

Thankfully Flour Power’s original concept has adapted well to the pandemic. But there’s a difference between surviving and thriving. Without 2019 financials, it’s impossible to prove that you’ve “lost” money due to Covid, so Alice and Wilson have been denied for every grant and SBA loan they’ve applied for. Even the ones that are meant to help women-owned, Latinx businesses like Flour Power. “I feel for every business that opened in 2020 and doesn’t qualify for any type of assistance, because it’s really frustrating and isolating. I don’t know how we just keep missing it,” says Alice.

For now they’re just biding their time for when they can actually see their community eating in the dining room. As Alice says, “We’re so excited for that. That is the motivator right now.”

Wilson agrees. “That’s the whole reason why I still cook for a living: because I like to see people eat the food.” 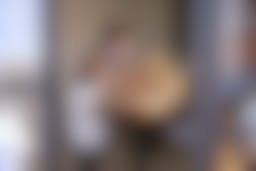 On February 24th, Eater San Francisco published an interview with chef Sandy Zheng about her new restaurant, United Dumplings, and there’s a line in there that makes her laugh today.

“Zheng is hopeful that it will be ready to open by late March or early April.”

“Dumpling culture is families sitting together and sharing a meal,” Olson says over the phone, a few weeks after their actual opening date, October 14th. “And that was not going to be possible in a pandemic.”

Zheng and Olson realized pretty quickly they’d have to alter their plans. They tried to be productive in those anxious months before opening, but there was only so much they could do with the information they had, which was sparse - at best - and changing frequently. Despite it all, the thought of backing out of United Dumplings did not cross their minds.

“We never thought about it,” Zheng says. “We had to do it, no matter what. That’s our dream, to make a dumpling restaurant.” 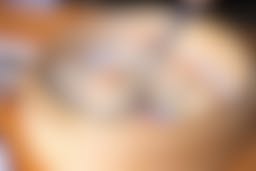 So they got to work, optimizing the menu for takeout, adjusting prices, and trying to keep up with the whirlwind news cycle. When it looked like outdoor dining would be a possibility, Zheng’s father built them a parklet. Olson and her husband drove to Oakland to buy heaters from a man in a CVS parking lot. And when October 14th finally arrived, neither of them knew what to expect. But they were blown away by what they saw outside.

“There was a two-hour line,” Olson remembers. “We never thought in our dreams we could open a restaurant in a pandemic and be so loved and supported by the neighborhood.”

But even though they got off to an amazing start, it hasn’t exactly been smooth sailing. They had to close a couple days after opening to prep more dumplings since they sold so many. There was a recent Saturday where dinner service was concerningly low, and both Olson and Zheng were stumped until they realized it was the day a 10pm curfew went into effect. They’d been so busy, they both missed the news.

There will no doubt be more obstacles in the coming months - but Olson and Zheng are learning not to worry too much about the future.

“I think 2020 is just the year you make decisions based on the information you have today, not tomorrow,” Olson says. “Every day we wonder if something’s going to drop from the sky. All we can do is to welcome it.”