For Nigerians, soup is a staple. We’ll eat it at any time: when it’s snowy out, in the middle of a heatwave, right before bed, or at the top of the morning. It’s worth noting that our “soup” is what Americans might call a “stew,” but even that definition doesn’t fully translate. Most soups, like egusi or efo riro, are actually hearty sauces made with vegetables and spices, cooked together until thick enough to be sopped up with a ball of cassava and green plantain dough called fufu. While some ingredients, like spinach and bell peppers, can be found on most grocery shelves, others, like the ground watermelon seeds needed to make egusi soup, aren’t so readily available - Nigerians expats must go searching for them. 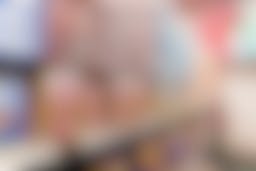 Because of this, my earliest memories of food shopping always included two journeys. The first stop was the Avenel Pathmark, a modest supermarket near my childhood home in Rahway, NJ, where we’d pick up perishables and fresh vegetables. As a precocious kid, I’d try to sneak snacks into the cart that I knew the next stop wouldn’t have, casually sliding a bag of marshmallows in with the tomatoes and large onions.

Thankfully, my mom and I weren’t at a huge loss for African food sources at the time - we lived in Union County, which was extremely diverse, and New Jersey boasts the 7th-largest Nigerian-American community in the country. Our second destination was a West African food market in the nearby town of Linden. It was a much smaller store, but it felt fuller in its own way.

Aromatic scents of bitters and seasonings and lively conversations spoken in Yoruba or Igbo greeted us as we walked in the door. My mom would run into her friends that I respectfully referred to as “aunties.” They would proceed to spend the next 30 minutes catching up, discussing their families, careers, and the everyday happenings of their personal lives. Our trips to the African store were a bit more familiar and unrushed. We’d leave the store later in the afternoon, with the help of some kind gentlemen who would lift the massive sacks of gari, a tapioca-like flour we paired with soup, into our trunk.

This weekly routine went on for most of my childhood: Avenel Pathmark, the African store, then back home to start cooking the soup. Sunday meal prep always started with me putting our groceries away before I was eventually shooed off for distracting my mom in the kitchen. I was only eight, so I didn’t get to do much actual cooking, but I just enjoyed being there, maybe even more than my mom did. It was fun to be a little duo and see our multiple stops pay off in a delicious meal, whether that was in the form of an okra-based okro soup or my favorite: obe ata stew, a red-pepper-and-tomato sauce. 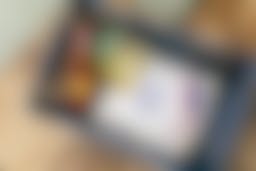 Things changed when my mom moved us further down the Jersey shore to Ocean County, where the demographics skewed whiter, and the nearest African market was at least 30 minutes away. The closest Stop & Shop easily replaced Pathmark, but we found ourselves making the second trip to the African market less and less. This meant I could sneak huge bags of Lay’s potato chips into our shopping cart, but at the expense of no longer feeling that familiar buzz of African camaraderie every Sunday afternoon.

I was able to revisit that fulfilling sensation whenever I stayed with my dad during school breaks. He lived in Hyattsville, Maryland, where African markets were more prevalent. As the second-most Nigerian-American-populated community in the U.S., Hyattsville’s shopping centers often housed both the big supermarkets and the ethnic food stores in the same complex. I have summer memories of bounding into these vibrant shops with my cousins, excited for my dad to treat us all to bottles of Goya Malta while he caught up with our “uncles.” I came to cherish these special grocery runs, especially ahead of my returns to Ocean County.

As a first-generation American who’d only visited a few times, my experiences with Nigeria had been formed stateside, shaped by our homemade meals and weekly routines.

Having moved away from our cultural food source, my mom and I adjusted our routine to fill the gap. One day, she came home and said her friend knew someone who catered Nigerian food. It was a great idea on paper: we could order everything ahead of time and freeze it, that way my mom didn’t need to drive so far just to come home and start cooking everything herself. Our order was placed, and like clockwork, delicious food would arrive in large trays each month. Our Sunday cooking routine turned into a storage routine, transferring party-sized jollof rice and obe ata soup into Tupperware containers together. And that was the end of our excursions to the African store.

While I was sad to lose our second grocery stop, my mom had no problem with it. Ocean County had provided her with a more stable career as a nurse administrator and I was attending a private school, all of which lined up with her vision for a better life outside of her home country. As a first-generation American who’d only visited a few times, my experiences with Nigeria had been formed stateside, shaped by our homemade meals and weekly routines. However, the stories she always told me about her upbringing were ones of stress and responsibility, as she often helped her own mom cook for their family of nine. It made sense that she was eager to do away with the domestic routines of Nigerian culture - they were what she had been working to grow out of her entire life. 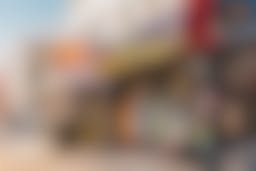 But as my mother pulled away from Nigerian traditions, I found myself drawing in closer. By the time I graduated from college, I knew that I wanted to leave New Jersey. I quickly realized that all roads were pointing towards New York City. The multicultural city offered access to my heritage in a way that other places couldn’t. Once I settled into my new apartment in Williamsburg, Brooklyn and established my own grocery routine, I was excited to find that the closest African market was just a few train stops away.

When I first walked into Keita West African Market, an Afro-Caribbean store located right off the Kosciuszko Street J train stop, I was struck by its transportive nature. I shared smiles with women who look like me today and with the little girls who remind me of the one I used to be, carrying their own little baskets of plantains to the register. I know now that if I’m in the mood for a plate of egusi soup and need fufu to complete the dish, I’ll still need to make an extra trip - but luckily, the flavors of home will always be within reach.

This piece was edited by Deidre Dyer, a freelance editorial director and brand consultant. Find more of her work here.