December 7, 2020
DM To Order: Why 2020 Was The Year of the Pop-Up
From food prepared in backyards to sandwiches delivered via buckets, in 2020, pop-ups redefined restaurants - and gave hope to a reeling industry.

Presented by
Capital One

Even in the pandemic, I’m late. Directions in one hand, steering wheel in the other, I’m rushing, on my way to pick up my very first order from Burmese, Please!, a pop-up in LA’s Arts District by chef Jessie Nicely.

After a few wrong turns, I finally find my way to the Los Angeles River, stopping in front of a nondescript brick building. The only indication that I’m in the right place is the long line of cars idling outside. Reaching for my phone, I throw my beat-up Toyota into park.

Every month, Burmese, Please! posts a new menu to their Instagram, and customers clamor to place orders via Google Forms and send payment through Venmo. They sell out quickly - which is why I’ve been waiting months to get a taste, when suddenly, Nicely darts out of the building. Dressed simply in a T-shirt and jeans, she jogs up to my window and places two unmarked brown bags in the passenger seat, before sprinting back into the shared-use commissary where she’s been cooking all day. More cars have begun to line up behind me as I pull away from the curb, right hand already reaching for a flaky piece of paratha flatbread.

Welcome to the new normal. Increasingly, pop-ups have begun to show us a new definition of what a “restaurant” can be; where world-class cuisine is prepared in a chef’s backyard, five-course meals are ordered and paid for on your phone, and those formerly shut out of the process - including women, immigrants, and amateur chefs - are taking charge.

No longer restrained by the hierarchy of the kitchen, these pop-ups challenge the ways we think about what we eat. In Austin, Damien Brockway, a former chef at Jester King and the now-shuttered Counter 3. FIVE. VII, has created a menu filled with the “flavors, heritage, and culture of the African diaspora” at his pop-up Distant Relatives. In San Francisco, Thai chef Intu-on Kornnawong showcases the skills she honed working the line at Night + Market and Kin Khao at her namesake street food pop-up, Intu-on. And in Seattle, farm-to-table pop-up Siembra serves Peruvian prix-fixe meals that feature locro stew and vegetables roasted in huacatay out of a commissary kitchen in Mt. Baker. 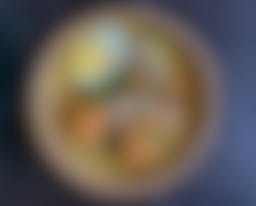 In many ways, 2020 looks a lot like 2008, a year marked by a global financial crisis, massive layoffs across the restaurant industry, and a host of young, ambitious chefs who dominated LA’s food scene with their innovative food trucks. Much like the enterprising pop-ups of today, Roy Choi’s Kogi BBQ and Wes Avila’s Guerrilla Tacos invented exciting new dishes that swept LA’s dining scene and captured the imaginations of those on the internet.

But unlike 2008, when the nationwide shelter-in-place orders went into effect this past March, it wasn’t just chefs like Choi and Avila who were impacted - an entire industry was ravaged. In a survey released by the National Restaurant Association, an estimated one in every six restaurants - 100,000 total - had closed by September. The report also revealed that the restaurant industry is on track to lose $240 billion in revenue by the end of the year, and estimates that more than 8 million restaurant employees have been laid-off or furloughed since the beginning of the pandemic.

“Back when the lockdown started in March, it was a borderline panic. It almost felt insurmountable because so many people lost their jobs in one day,” one industry professional told me back in July. “I got laid-off during the Great Recession [of 2008] - but even then, it wasn’t this bad. I talked to a restaurant manager, and for every job that they list, they receive thousands upon thousands of applications. It’s already hard enough to get a job as a food server in Los Angeles without knowing someone, but now it’s impossible.”

Couple that with the stop/start nature of shelter-in-place orders across the country, the shifting regulations and requirements foisted upon restaurants by both state and local governments (in LA County, restaurants and bars were given the OK to open for indoor dining in late May, ordered to cease indoor operations in early July, then told to shut down outdoor dining at the end of November), plus the costs associated with complying with those requests and the strict COVID health guidelines, and you can start to understand why so many budding chefs have pivoted to the pop-up model, where operations are run out of shared kitchens or even in the chef’s home. 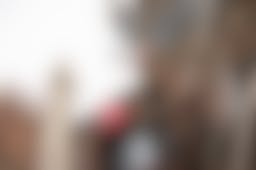 Take Victor Aguilera in San Francisco, for example. After being laid-off from his manager position at the pandemic’s onset, he began to deliver traditional Venezuelan dishes on his bicycle, operating under the name Arepas en Bici. Or Cara Haltiwanger, a former bartender at LA’s Bar Lubitsch who’s pivoted to selling breakfast sandwiches from her apartment, with orders lowered to guests via a bucket-and-pulley system.

“My brother and I just decided to go for it,” she says. “It turns out, people loved it. I provide a Southern hospitality vibe, and people responded to that, even if they were getting it from four-stories up. We’ve become a destination.”

Pop-ups are more than just a means of survival, they’re a way of taking back the power in an industry often rife with inequality. Many owners are women, come from families of immigrants, or have recently immigrated themselves, as in the case of Javier Ramirez, a Venezuelan-born chef who, in addition to having a degree in economics, also owns and operates the Miami sandwich pop-up El Diner Latino. Lexie Park spent a decade working as a fashion designer before she started selling hypnotizing jelly cakes on Instagram. And the proof of her business model is in the pudding... or, uh, cake: She’s amassed over 24,000 followers and often sells out within minutes. 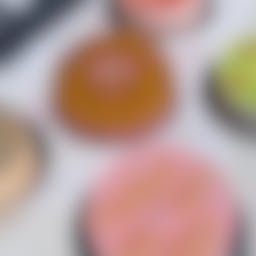 But most importantly, pop-up chefs make the food that they want to eat, and, as a result, are helping to introduce their cultures and cuisines to a wider audience. In LA, chef Luh Putu Suarniti educates eaters on the nuances of Balinese and Indonesian food through a rich menu of nasi jinggo - a classic dish made with chicken, yellow rice, and coconut milk - and Balinese pork ribs. Chicago’s Currency Exchange Cafe has instituted a yearlong program that will serve as a platform for BIPOC creatives to showcase their food, art, and music. And in Austin, Infatuation staff writer Nicolai McCrary created a Malaysian pop-up as a way to reconnect with his mother’s cooking.

“After countless FaceTimes and hand-scribbled recipes sent via text, I started making the dishes in my tiny kitchen,” he explains. “Austin doesn’t really have any Malaysian restaurants, so I’m just excited to give people here an opportunity to try the foods that I grew up eating.” 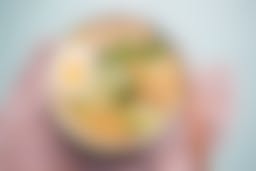 As COVID continues to rage, those opportunities only seem to be increasing. Restaurants and bars looking for a lifeline have begun opening their doors to pop-ups, and clearing out space on their menus for their creations - Nunchi’s Lexi Park just designed a dessert for Chifa, a new Taiwanese/Peruvian restaurant in LA. Nationwide, more and more innovative upstarts are springing up in so-called “ghost kitchens,” one of the few areas of growth in the industry, and after getting a taste of empowerment, pop-up chefs aren’t exactly interested in going back to the way things were.

“When pop-ups first started getting popular, back in 2008, the question from customers and peers was always, ’So when are you opening your brick-and-mortar?’” Calabama’s Haltiwanger says. “Pop-ups were always considered, like, a step on the way to owning your own restaurant. Now I think people see that you don’t have to have a brick-and-mortar to be successful.”

If anything, this radical shift in thinking reminds us yet again of 2008. Since then, Roy Choi has emerged as a certified food mogul, with a portfolio of restaurants, books, and television gigs. And after successfully turning his Guerrilla Tacos truck into a brick-and-mortar restaurant, Wes Avila has returned to his pop-up roots in earnest; he’s serving tortas out of a takeout window at Angry Egret Dinette in LA’s Chinatown.

Which is to say, 2020′s wave of pop-ups may represent something more than just a fad or a means to an end. They might just be ground zero for a new food revolution.

“My feelings about Burmese, Please! are very fluid,” Jessie Nicely tells me a couple days after my pick-up. “It’s great as a chef because I don’t have the money - or the desire, necessarily - to open a full restaurant. But I have regulars now that I hope I can meet in person someday. Because though I love seeing them through their car window, being able to feed them in person would be really nice, too.”

All restaurants featured on The Infatuation are selected by our editorial team. DM To Order: Why 2020 Was The Year of the Pop-Up is presented by Capital One.